Los Angeles County residents: Get assistance in your native language to vaccinate at home.

NAPCA employee Mrs. Prepedigma ‘Cora’ McDonnell testifies before the House Ways and Means Committee, sharing her personal story as a Social Security beneficiary. Watch her testimony on supporting the expansion of benefits.

NAPCA Mourns the Victims of the Atlanta Mass Shootings

The AAPI community is experiencing inequities magnified by COVID-19. Learn how NAPCA and partners are using COMPASS to inform change.

COVID-19 vaccine is open to all adults. Where can you get it? Find out now.

NAPCA NEWS and In The News

Your gift in any amount helps us in our mission to serve as the nation’s leading advocacy and service organization committed to the dignity, well-being, and quality of life of AAPIs as they age.

NAPCA Honors the Passing of a Giant
Bernarda "Bernie" Wong 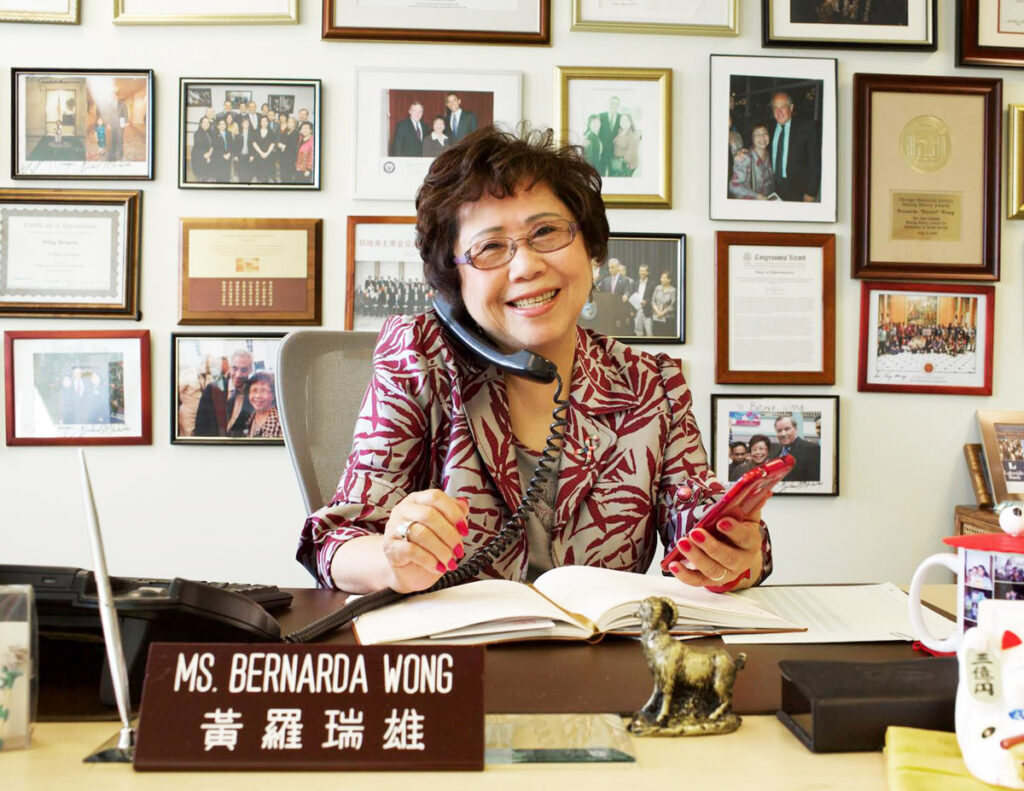 Bernarda “Bernie” Wong, a giant and trailblazer in the Chinese American community passed away Monday night. Bernie was among the founding members of the National Asian Pacific Center on Aging (NAPCA) and served as the organization’s first Chair of the Board of Directors in 1979.

Born and raised in Hong Kong, Bernie came to the US in 1962. Upon completing a master’s degree in social work from Washington University in 1968, she championed issues affecting Chinese residents in Chicago before incorporating the Chinese American Service League (CASL) in 1978. She also served as a key advisor on Asian affairs in the administrations of Chicago mayors Richard M. Daly, Rahm Emanuel, Lori Lightfoot, and Illinois governors Pat Quinn and Bruce Rauner because of her comprehensive insight and unwavering leadership.

In 2004, Bernie was named one of “Chicago’s 100 Most Powerful Women” by the Chicago Sun-Times. She was also honored by President Obama for her work and is one of 10 leaders to receive “the Chavez Champions of Change” award.

Bernie leaves for us an incredible legacy and a trail of impact for us to learn from and follow. Please join NAPCA in honoring Bernie by visiting CASL’s tribute page or donate to CASL in her memory.

Donate to CASL in Memory of Bernie Wong

In 2020, NAPCA’s Senior Community Service Employment Program (SCSEP), in partnership with the US Department of Labor and over 400+ community based organizations, placed over 1047 older adults in non-profits and government agencies across the country. NAPCA worked with them to develop skills training to find employment, and quickly shifted to a virtual format to keep participants engaged and paid throughout the pandemic.

The Senior Environmental Employment program (SEE) placed 162 working older adults in the Environmental Protection Agency. Of these, over 50% of the participants were age 70+.

NAPCA was one of 20 national non-profit organizations to receive a $14 million award per year, totaling $56 million to continue operating the Senior Community Service Employment Program (SCSEP) over the next 4 years. SCSEP participants will operate in 59 counties in 7 states.

NAPCA is partnering with the University of California San Francisco to develop the nation’s first research registry for Asian Americans and Pacific Islanders and is actively recruiting 4,000 individuals. Learn about why this is important: CARE research registry.

The NAPCA website received almost 60,000 views throughout 2020. Of these, our National Resource Center for Older Adults and Caregivers and related resource pages received over 21,000 views. These include multilingual state-by-state resources, toolkits and guides for caregivers and organizations, and time sensitive resources around the 2020 Census and Presidential election.

Our mission is to preserve and promote the dignity, well-being, and quality of life of Asian Americans, Pacific Islanders, and diverse communities as they age.